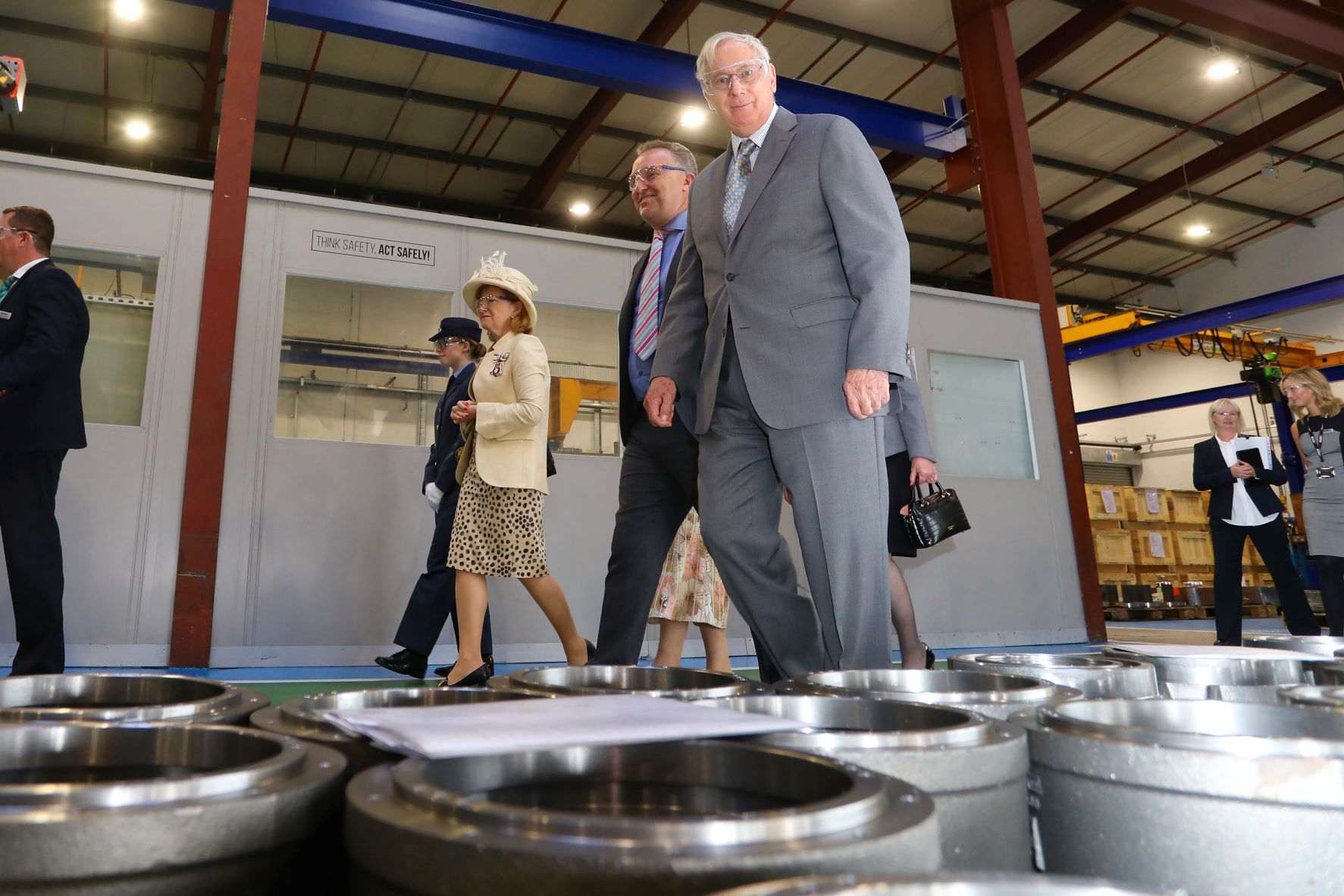 HRH The Duke of Gloucester visited British Engines this month as part of the group’s 100 year celebrations.

SG Transmission is part of Stephenson Gobin one of the eight member companies of the British Engines Group, based in the North East of England.

The Duke was received by The Lord-Lieutenant of Tyne and Wear, Ms Lucy Winskell, before being welcomed to the borough by Cllr Pat Hay, Mayor of South Tyneside.

As part of the visit, His Royal Highness toured the Michell Bearings and Rotary Power facilities, two of eight companies within the British Engines Group.

The Duke met employees from both businesses including Joe Madden, a Grinder at Rotary Power, who has worked at the group for 52 years. Joe said: “It was an honour to meet and share my experience of working at the British Engines Group with The Duke of Gloucester. The technology has changed massively since I started and is all thanks to the group’s investment in new machinery.”

Alex Lamb, Chairman of the British Engines Group, said: “I am immensely proud to be able to celebrate 100 years of British Engines after the creation of the company by my Grandfather and Great Uncle in 1922. This is a very special year for the group and our employees and what better way to mark the anniversary than with a visit from The Duke of Gloucester”.

The British Engines Group increased its headcount by 45 people during 2021 and with activity levels continuing to strengthen, have launched a significant recruitment drive to attract 100 new employees.

The 100 jobs for 100 years campaign offers a £750 sign-on bonus to employees who join the company over the coming months; an initiative which the group hopes will attract new talent to engineering within the region. 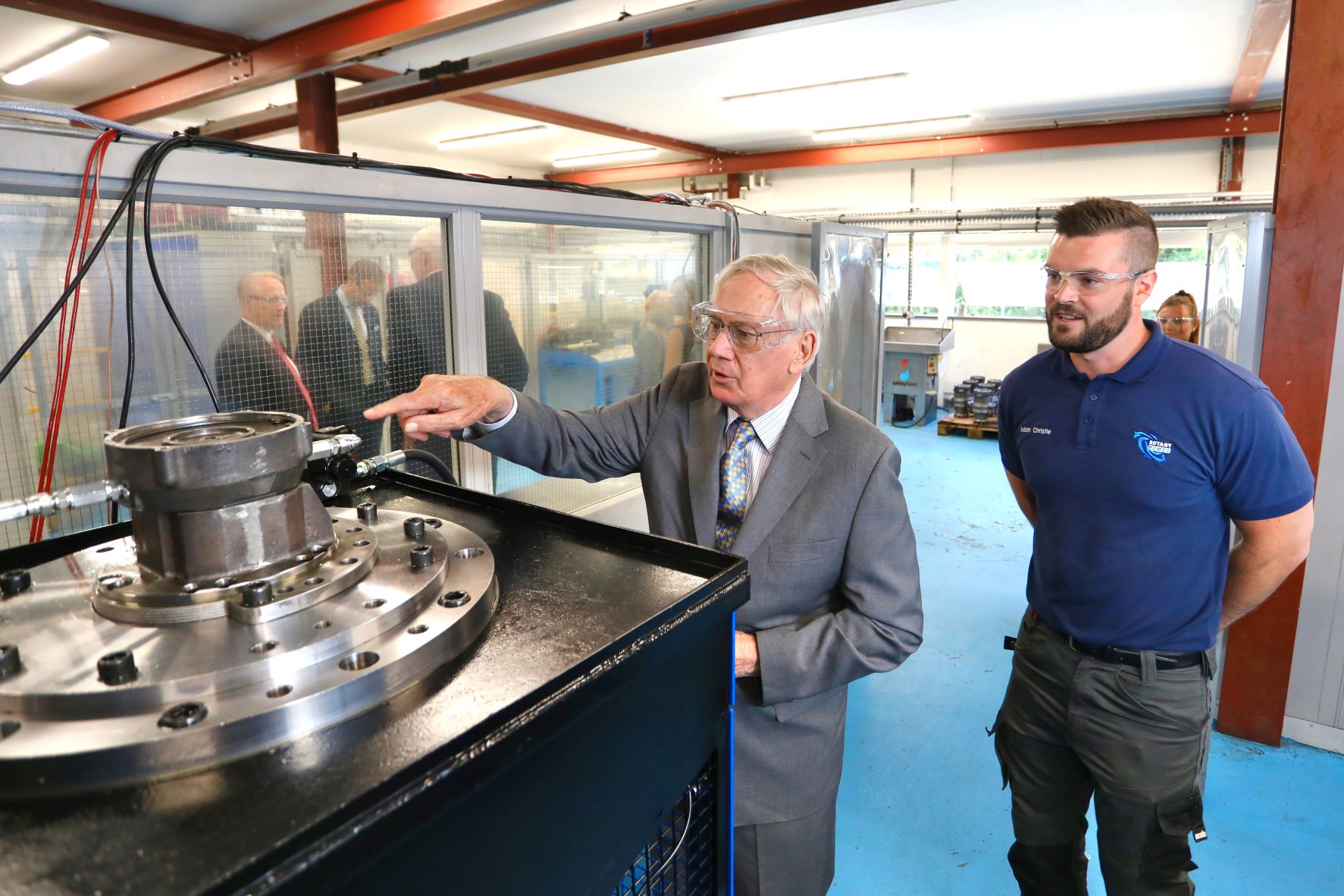 The Duke of Gloucester visits Rotary power one of the eight member companies of the British Engines Group.

Find out more about the British Engines Group

This website uses cookies to improve your experience while you navigate through the website. Out of these, the cookies that are categorized as necessary are stored on your browser as they are essential for the working of basic functionalities of the website. We also use third-party cookies that help us analyze and understand how you use this website. These cookies will be stored in your browser only with your consent. You also have the option to opt-out of these cookies. But opting out of some of these cookies may affect your browsing experience.
Necessary Always Enabled
Necessary cookies are absolutely essential for the website to function properly. These cookies ensure basic functionalities and security features of the website, anonymously.
Functional
Functional cookies help to perform certain functionalities like sharing the content of the website on social media platforms, collect feedbacks, and other third-party features.
Performance
Performance cookies are used to understand and analyze the key performance indexes of the website which helps in delivering a better user experience for the visitors.
Analytics
Analytical cookies are used to understand how visitors interact with the website. These cookies help provide information on metrics the number of visitors, bounce rate, traffic source, etc.
Advertisement
Advertisement cookies are used to provide visitors with relevant ads and marketing campaigns. These cookies track visitors across websites and collect information to provide customized ads.
Others
Other uncategorized cookies are those that are being analyzed and have not been classified into a category as yet.
Necessary
Analytics
Performance
Functional
Advertisement
Ne
SAVE & ACCEPT